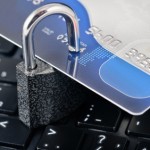 Data breaches seem to be the norm now in commercial establishments and it seems that eateries have not been left out of the picture. Jimmy John’s, a sandwich making chain of restaurants has recently confirmed that its systems have been hacked into. According to reports, the hack resulted in a security breach that allowed hackers to steal credit and debit card data used in 216 of the franchise stores- that’s a lot of information!

The data was stolen from credit card readers located in corporate and franchise premises of the sandwich chain. According to a statement posted in the restaurant franchise’ website, the breach was discovered at the end of July and the franchise immediately hired cyber security experts to help in investigating the matter. The franchise, which is based in Illinois, has about 1900 locations in total and it claims that the cards affected were only those swiped at the 216 identified stores. This means that cards used online or entered manually were not affected by the data breach.

The franchise has assured customers that the loophole has been fixed and it is now safe to use credit and debit cards in its establishments but many are still skeptical. The names of the stores affected by the data breach have been posted on the company website for all to see. According to management of the franchise, there is nothing to be afraid of as the company has gone the extra mile to ensure that s security is tight in all its branches. It has done this by installing machines capable of encrypting credit card data.

According to the information on the company website, the breach has been ascribed to another company whose identity has not been revealed. However, there have been allegations by cyber security experts that the theft of information at Jimmy Jones was caused by a cyber attack on a different company known as Signature Systems. Signature systems provided the restaurant with card readers and it explains why only credit or debit cards swiped in the restaurant card readers were vulnerable to the hacking. Signature Systems has not yet responded to the allegations. We can only wait and see how the situation pans out.

Consumer Watchdog Vows to Fight for Privacy of Internet Users