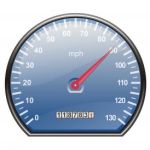 Comcast has in the past received a lot of criticism from people saying Internet Essentials provides speeds that are slow, and it is limited to a few people. In response to the criticism, Comcast has now upgraded the quality of the discounted Internet service to 10 megabits per second. The upgrade means that the program now offers speeds that are double the previous speeds. The upgrade means that beneficiaries can now watch online videos something that was hard to do earlier. However, in spite of the current upgrade the service is still below broadband limits set by the Federal Communications Commissions.

In the past, Internet Solutions by Comcast was limited to families with children that qualified for the discounted school lunch program provided by the government. Now, the discounted Internet services are also being tested for low-income seniors as the ISP expands its reach. However, critics state that availability of the discounted Internet services is not the only problem that needed solving. Last year, a non-profit organization based in California noted that signing up for Internet Essentials was a cumbersome and lengthy process that in some cases took up to three months. Hence, Comcast still has a duty to ensure that signing up for the service becomes a fast and easy process. The said simplification and hastening of the sign up process is essential now more than ever as the program is being extended to the elderly.

According to Comcast, over 500,000 homes have had access to Internet Essentials. The current number is an improvement from the 350,000 homes that accessed it last year. Comcast has also stated that it will add free WiFi routers to the service so that families can access Internet services through phones and other devices in the home. The company plans to expand the discounted services to other cities as well.