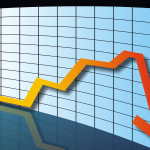 App.net recently announced the bad news that it will be laying off its entire staff. This news comes even as the social network service insists that it will continue to provide services to its users as usual. The decision to lay off all of the workers in the company had to be made because they did not get enough subscription renewals to enable the company’s staff to continue being paid.

Even as they lay off staff, the co- founders Bryan Berg and Dalton Caldwell will not be getting off easy. The co – founders will also be feeling the pinch as they announced that they will no longer be drawing salaries although they will continue to run the company.

The social network service was launched in 2012. This launch was made possible by contributions from over 12000 backers that amounted to $800,000. It runs a similar service to Twitter with the main difference being that it charges people for the privilege of socializing within the network. The users of the service pay for the privilege of avoiding advertisers as they socialize.

A month after the social platform was launched; it offered developers an incentive to build apps on its APIs. The developers were promised a paycheck share from a $20,000 a month pool if they built apps on the platform. Unfortunately, this incentive program has also been scrapped as the company heads have decided to employ contractors instead for development of any new projects in the future. They will also be hiring contractors for the purpose of maintaining operations and providing any support that will be needed to keep the venture running.

Even with the layoffs and cancellations of incentives and benefits, the co- founders seem to be determined to keep the business running. Although these recent developments may seem like a bad sign for many, the two young men are unfazed. They were quick to point out that even though the subscription renewals were not enough to pay workers including themselves and app developers, they are enough to ensure that the company remains profitable and is self sustaining. They insist that App.net is a company with a clear business model and, therefore, they see it as a sustainable social platform that will eventually succeed despite the hurdles currently being faced.