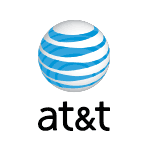 Leading American telecommunications company AT&T is on an ambitious mission to increase its control over software by the end of 2016.

According to their latest projections for 2016, the company has set a minimum target of 30% software control and they have measures to ensure that is achieved. As part of that, they are planning to increase education of workforce in NFV, SDN and IoT technologies.

With that will come an increase in pace at which it migrates software control over its network. Also, it will help to bolster the software-based skill set of its workforce.  John Donovan, the chief strategy officer and group president at AT&T Technology and Operations confirmed this in a blog post he carried recently.

He noted that their software control stood at 5.7% in 2015 but they are determined to take it to 30% by the close of 2016. This is well in line with their earlier projections of having attained 75% software control by 2020. Donovan wrote that their main goal will be to ensure all employees are well versed and informed about their needs in regards to software control and make it easy accomplishing the target of reaching 30%.

Some of the things that employees will be educated on include expertise for network functions virtualization, software-defined networking as well as security and data analytics. “Our salespeople, lawyers, accountants, recruiters, marketing experts and more also need to understand where we’re going,” he wrote. Furthermore, Donovan explained that the company will concentrate more on internal training of its workforce which is the easiest way to achieve their goals.

However, that does not overrule the possibility of bringing on board persons who have expertise on software. If AT&T achieves their mission and reaches 30% as projected, they will be the first company to claim a big stake in control of software in the entire of American market.