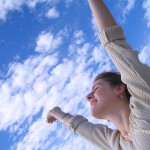 It seems that CenturyLink is planning to acquire Rackspace. The latter has been struggling to compete with other companies offering cloud products such as IBM, Google and Microsoft and it seems that it is finding it hard to keep up. This is compounded by the recent resignation of its CEO Lanham Napier among other problems that have led to many speculating that the company will make an exit from the cloud market soon.

CenturyLink may benefit from purchasing the cloud company as it has been struggling for quite some time to market itself as a credible cloud service provider. This is evidenced by its purchase of Savvis in 2011, a company that it used to create a hosting business and data center. Savvis is not the only cloud – related acquisition to be made by CenturyLink as it has in the past acquired other cloud infrastructure vendors and companies providing high-level cloud services such as Appfog and Tier3.

Can Rackspace Add Value To CenturyLink?

The purchase of Rackspace by Century link is quite possible as the later is valued at over $ 20 billion dollars while Rackspace is only worth about $5 billion. While it will not be hard for the company to purchase the cloud provider, critics are questioning the wisdom of such a move as few feel that Rackspace will add value to CenturyLink.

The other challenge that critics are pointing out in their argument against this deal is that that Century Link may suffer from brand sprawl. This is because they already have two successful Cloud companies namely Savvis and Tier3. Many critics are wondering how Rackspace will fit in with the current situation at CenturyLink if the company decides to purchase the company.

There is a general consensus that this probable deal by CenturyLink is not logical. It will, therefore, be interesting to see if the company goes through with the purchase of Rackspace and if so, how it will turn the ailing company into a successful venture.