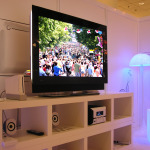 We are all awaiting the time when US regulators will pass a directive on the issue of the proposed merger between AT&T and DirecTV. On the other hand, the shareholders of the TV satellite company have already unanimously approved the deal. The shareholders have recently approved the merger, which will be worth $49 billion. It will bring together the second largest wireless service provider in the US with the largest satellite television company. The shareholder of the satellite company voted 99 percent in favor of it.

The deal will be of benefit to both companies in different ways. AT&T will inherit 20 million customers from DirecTV to whom it will sell its phone and data bundle services. This will work well in its favor because apart from offering these services, it will also offer them TV subscription services through its U-Verse TV broadband services platform.

On the other hand, DirecTV using AT&T infrastructure will be able to provide broadband services to customers at a fair cost that is not as high as current satellite Internet services in the market. In fact, the company announced recently that it had technology on standby capable of providing reasonable high-speed wireless Internet services to its rural customers should the merger succeed. However, critics are skeptical as to whether the services will be affordable.

Critics Skeptical Of Merger Success Despite Nod From Shareholders

Despite the support of DirectTV shareholders and all other aspects that are in favor of the merger, critics warn that there is a significant obstacle yet to be overcome. This is the retention of the NFL Sunday Ticket subscription service by DirecTV. The satellite TV Company is now working to get a new contract on the subscription service signed. If it fails to do so, then AT&T may choose to walk away from the merger as this is a big part of the reason why the merger is so attractive to them. This is because the deal brings in $1 billion each year. The deal which is awaiting approval from regulators is expected to close at the beginning of 2015.