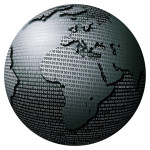 A load of questions have been raised over the value of spectrum in the proposed merger between Dish Network and T-Mobile.

For starters, spectrum is the airwaves that are responsible for carrying communications signals. There can be high and low frequency spectrum with Verizon and AT&T dominating the low-frequency spectrum in USA. This has given them an edge in the market leaving other small companies in danger of being locked out.

The federal government has put in place efforts to decentralize that so that the proposed mergers like that between T-Mobile and Dish Networks sail through. In its current state, it’s most likely that the deal will collapse since questions are being asked about the value of their spectrum. As part of the plan, Federal Communications Commission (FCC) will buy out spectrum from the TV stations and then auction to phone carriers. It is something expected to take effect late in the year or early next year.

The FCC is planning to set aside some of spectrum for smaller carriers. It will be a reprieve since they have always argued that they can’t bid against AT&T, Verizon and other top providers in the market. The main concern will be the amount of spectrum that will be set aside for small carriers and the discount to be offered. That is a major concern that FCC will be called upon to give answers to. Ellen Satterwhite who is a former employee of FCC and is now the director of Glen Echo Group weighed in with his opinion on the matter.

“T-Mobile is holding on by a thread. And if the F.C.C. isn’t going to make enough low-band spectrums available, I can see the agency offering approval of this merger as a chew toy to advocates for competition.” He opined that a successful T-Mobile-Dish Networks merger will bring in immediate competition to the market.