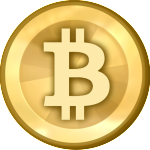 The word Bitcoin is strange to people, but it is gaining popularity in leaps and bounds. Bitcoins are digital currency that can be used to conduct transactions online. Since the introduction of Bitcoins in 2009, many people have been wary of this virtual currency. However, now big companies nationwide are warming up to the idea of using this currency that is described as a decentralized and cryptographic mode of online payment.

Internet users can now send and receive bit coins to friends on Facebook through a service known as Quick Coin that was recently launched. Many more companies have started accepting Bitcoin payments and Dish Networks is now one of them. The company has announced that it will be accepting payments in this virtual currency by the end of the year.

Apparently, Dish customers will be able to make manual payments using Bitcoins starting in the third quarter of 2014. Although the company is not the first company to deal in this virtual currency, it is certainly going to be the largest. However, a company representative was hard put to explain what motivated the company to introduce this form of payment.

The Chief Operating Officer of Dish, Bernie Han, was quoted saying that the “don’t know what the demand will be” for the Bitcoin payment services. However, people in the industry that are aware of the power of Bitcoins say that its main appeal for the company may be the ability to attract new customers that are intrigued by the use of the relatively new form of online payment.

Apparently, according to an analyst from Wedbush Securities, Bitcoins are useful for branding, marketing and acquiring new customers. This is especially so in the eyes of consumers who are fans of innovative technology. Such customers will always support any endeavor to make financial transactions on the internet better.

Critics say that this is a good move by Dish as it joins other companies such as Virgin America that currently allows the use of this form of online currency as payment. In fact, companies such as Coinbase have made a profitable money-making venture out of converting Bitcoins into dollars for their customers. A representative of Coinbase, Fred Ehrsam has already pledged the company’s support for Dish in handling their transactions so it may be a profitable investment for the company in the long run.

No YES Network for Comcast Yet