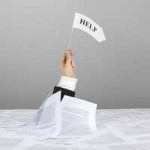 The American Legislative Exchange Council (ALEC) is facing a veritable exodus of sponsors. Fast on the heels of Microsoft and Google, it seems that more Silicon Valley firms are now choosing to stop funding the organization. This exodus is over the council’s views on climate change.

Climate change is no longer considered a laughing matter by many tech firms. They feel it is greatly affecting the earth forcing environmental-conscious companies to adopt green initiatives. It seems that ALEC’s stand on climate change is in question. This problem has caused the council to lose funding from Microsoft in the past and recently from Google.

Facebook has also joined the exodus as it recently released a statement that it is cutting off all its affiliations with the organization starting next year. According to a statement from the company, Facebook re-evaluates its support of initiatives each year and based on this year’s re-evaluation, it has decided to part ways with ALEC. According to the statement, the decision was made because Facebook is finding it difficult to agree with the council on certain key issues and there is no sign that this will change anytime soon. Hence, in 2015, Facebook will not be renewing its membership to the council.

This does not cap the bad news for the company as Yelp has also taken the same route. Luther Lowe, YELP’s director of public policy, also announced a similar cancellation of the company’s membership to ALEC. It seems that this separation had occurred even before Google’s exist and it was just a matter of making the facts known to the public domain.

ALEC is facing all this opposition because of its stand on certain policies in particular on the aspect of climate change. The council actively opposes environmental regulations such as policies on climate change because it feels such regulations may hinder economic growth. In fact, it has championed the passing of a model legislation that is aimed at destroying state policies aimed at increasing the production of renewable energy in the US. Although it still enjoys support from other tech companies such as Yahoo and AOL, there is no doubt that the exit of Facebook, Google and Yelp will defiantly be a huge loss for the company.