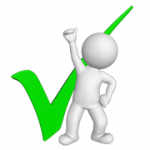 Facebook has been doing quite a number of things to improve the company of late and one of them is recruiting from PayPal. Reports say that the social network has invited former head of eBay’s unit in PayPal Davis Marcus to work for the company. The professional has been recruited to run its mobile messaging section.

The announcement comes right after Facebook purchased WhatsApp messaging service for $19 billion recently. This is not forgetting the fact that the company recently released a new messaging product known as Slingshot aimed at competing with services such as Snapchat.

All these fact prove that messaging is going to be used by Facebook to be a substantial income earner in the near future. There is a general feeling that Marcus has been recruited to handle this. According to reports he is going to be joining the social site on June 27th to head the running of messaging products in the company. When news that he would be leaving was made public, eBay shares dropped. This is an indication that he was considered an important component in running eBay matters in PayPal. Hopefully, he will be a valuable addition to Facebook, as well.