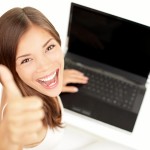 In a bid to provide Internet access to remote areas of the world through its Internet.org venture, Facebook is in planning to acquire drone maker Titan Aerospace. According to anonymous sources, the deal is said to be worth $60 million.

Although representatives of the two companies declined to comment on the rumors, if true, the purchase will fit in well with the aims of Facebook CEO Mark Zuckerberg’s project. The Internet.org project was launched last year with the aim of providing Internet access to more than 5 billion of the 7 billion people in the world currently with no access to the Internet. Facebook is in partnership with organizations such as Samsung, Qualcomm and Nokia in the venture.

The potential of the drone manufacturing company fits in well with the ambitions of the project as the solar powered satellites it manufactures can be used as wireless Internet access points to be used in providing Internet services to remote areas. The Internet.org effort mirrors Google’s attempt introduced last that was dubbed Project Loon. The project was an effort by the Internet provider to get all the people on earth on the Internet. Unlike the proposed use of drones to be used in Zuckerberg’s project, the Google project used giant helium balloons to disperse Wi-Fi beaming antennas hence the “Loon” reference in the project name. The balloons are capable of staying in the air for up to 100 days.

Drones From Titan Aerospace To Act As Atmospheric Satellites

The drones manufactured by the Titan Aerospace being eyed for use in Mark Zuckerberg’s project will act as atmospheric satellites and are said to be capable of staying up in the air for five years. Apart from making Internet accessible to remote areas, the drones are said to be capable of monitoring weather patterns and also to facilitate voice and data communications during disaster response situations.

According to Zuckerberg, the efforts of Internet.org are geared at ensuring that all people have access to information and this can be done by connecting them to the Internet. In this pursuit, Facebook also acquired Onavo a company that develops data compression technology skills that can be used to improve Internet speeds in places with slow Internet access.