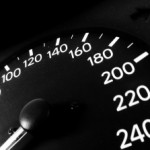 The comments come after he stated that Americans don’t have many choices for Internet speeds of 25 megabits a second. In fact, although 80 percent have access to wired broadband access, most of them have only one option to choose from for high-speed Internet access. This is why the FCC’s head is insisting there is a need for more competition in terms of delivering better and faster Internet connections to Americans.

Currently, ¾ of Americans have a choice of two or three ISPs who deliver download speeds of 4 Mbps, but for higher speeds of 25 Mbps, half the households that have Internet access only have one option. According to wheeler, the FCC has to protect competition and where there is none it is upon the agency to create it.

Apart from rural areas, another place where the FCC chairman is looking to boost high-speed Internet access is in schools and healthcare facilities. This is because he feels that reliable Internet access is essential for good access to education and also important in the delivery of excellent hospital services such as remote examinations and diagnosis of ailments.

Some people may argue that there is some competition already, but Wheeler feels that this is redundant as customers have to pay a lot of money in switching costs, termination fees and equipment rental fees to move from one provider to another. Wheeler was quick to point out that providers don’t even provide consumers with speedy Internet connections, which is the other issue interfering with competition in this industry. We can only wait and see if he succeeds.