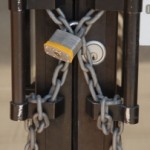 The Federal Communications Commission (FCC) has upped its intelligence in a bid to better understand, and ultimately to improve, the security of mobile devices.

As such, FCC has joined the Federal Trade Commission to accomplish that. Wireless Telecommunications Bureau Chief Jon Wilkins has already sent a letter to mobile carriers asking questions about their processes for reviewing and releasing security updates for mobile devices.

At the same time, the FTC has ordered eight mobile device manufacturers to provide the agency with information about how they issue security updates to address vulnerabilities in smartphones, tablets, and other mobile devices.

“As consumers and businesses turn to mobile broadband to conduct ever more of their daily activities, the safety of their communications and other personal information is directly related to the security of the devices they use,” said a press release from the FCC. “There have recently been a growing number of vulnerabilities associated with mobile operating systems that threaten the security and integrity of a user’s device, including “Stagefright” in the Android operating system.”

The FCC estimates that almost 1 billion Android devices globally are affected by security breaches. “Consumers may be left unprotected, for long periods of time or even indefinitely, by any delays in patching vulnerabilities once they are discovered.  To date, operating system providers, original equipment manufacturers, and mobile service providers have responded to address vulnerabilities as they arise.”

There are, however, significant delays in delivering patches to actual devices—and those older devices may never be patched.  The Commission will continue its longstanding partnership and work cooperatively with the FTC on this issue. Responses to the letters will inform discussions with industry about possible solutions and be shared with the FTC.

A number of manufacturers are not comfortable with the new move by FCC but the commission says there is no turning back.

Byron Allen Tells Off Comcast over Petition to FCC