Frontier Communications has formally announced that they will offer a discount program in the wake of layoffs by MinnTac, Mesabi Nugget and Mining Resources that affected hundreds of people. 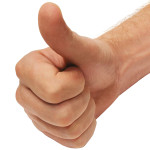 As such, Frontier will be reducing the cost of high-speed Internet access for affected employees who are their customers. In a press release confirming the same, Frontier’s Minnesota General Manager Kirk Lehman said it would not be right for the company to abandon their customers when they needed them most.

“We sympathize with Iron Range families caught in this situation and are offering a discount on Frontier High-Speed Internet service to ease pressure on their family budget,” he stated. Many employees of MinnTac, Mesabi Nugget and Mining Resources are being laid off as a downturn in the steel industry caused production cutbacks. Employees of these companies who can document they have been laid off are eligible for a $15 monthly discount on Frontier’s Internet service from July 1 to December 31, 2015.

The enrollments are running up to June 30. Lehman said their offer is well reflective of the requirements for Internet access in employment under the modern setup. “There are sacrifices you can make to extend a household budget. But Frontier knows when you’re looking for a job, access to the Internet is critical.” Lehman also encouraged eligible families to enroll in Frontier’s Lifeline discount program to reduce the cost of basic telephone service. They have a simple message for those willing to register for the discount;

“Employees must apply by calling (877) 372-4526 and speaking with Frontier employee Lori Flatgard. The discount program is not offered through any other Frontier sales channel, including the company website or the residential call center. Applications after June 30 cannot be honored.” This is a good initiative from the company that sets the right market trend.