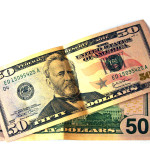 According to a report released recently by the Government Accountability Office (GAO), broadband projects that are government funded are resulting in low prices and increased speeds for U.S. small businesses. This is a welcome result as the Congress has been waging war on the disbursement of such funds. This means that this kind of funding has far reaching positive effects and is a good initiative.

This conclusion has been achieved based on evidence that federal broadband programs and Municipal broadband networks funded by the U.S Federal Communications Commission, the Rural Utilities Service and the National Telecommunications and Information Administration cost less and are faster than other services. The report results from research done by GAO at the behest of a few Democrats. They want to prove certain Republican critics that have been questioning the need for broadband programs in ARRA wrong.

Marked Difference In Speeds And Costs Of Broadband

This report comes at a time when government funded Internet services are a source of great controversy. One of the bones of contention is that such government funded initiatives pose a conflict of interest with private sector companies that are attempting to venture into providing broadband networks to the public. This is because the government projects use money from the tax kitty and are also granted special privileges such as rights-of-way treatments, while private companies have to struggle to get funding with no special privileges available to them even as they do so.