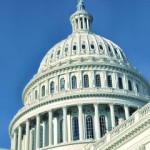 The House of Representatives recently made a moratorium that prohibits local governments and state governments from carrying out Internet taxation permanent. The moratorium was meant to expire on November 1st thereby exposing Internet users to Internet connection fees similar those charged for phone services.

If the legislation was not put in place, American’s would have had to swallow surprise tax hikes for Internet services this fall. However, since the bill was passed, they can breathe a sigh of relief. The bill has heralded a permanent ban on local, state and federal state taxation of Internet access. The bill is known as the Permanent Tax Freedom Act.

About The Permanent Tax Freedom Act

This bill is great because it means that unfettered Internet access will be maintained. The bill was championed by a trade association of online consumers and businesses known as NetChoice. The moratorium was introduced in 1998 and now thanks to a bill passed by the lower house, Internet access is now permanently out of reach as concerns government taxes. The bill was signed in by Bill Clinton to protect the then young technology. Since then, it has been renewed three times the most recent time being in 2007.

This means that the government is barred from taxing users from accessing the Internet by charging discriminatory Internet specific taxes on things like bandwidth or email. There are places where this form of taxation has been in use and this legislation will end taxation in such places. These areas are North Dakota, Hawaii, Ohio, New Mexico, Wisconsin, Texas and South Dakota. These places had taxation already in the books by the time the law was enacted in 1998 and hence were allowed to continue the practice.

Although the bill has many supporters, it has some detractors. A good example of this is a report recently released by the Center on Budget and Policy Priorities that indicated the legislation will cost states as much as $7 billion in potential revenue annually. It indicated that the states that were receiving taxes already will lose about $500 million in revenue annually. In spite of this, many are in support of it and thankfully the bill was passed on a voice vote.