HughesNet to Launch New Satellite in 2012 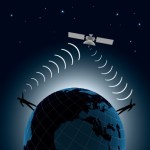 HughesNet was awarded $58.7 million as part of the U.S. government stimulus bill. The American Recovery and Reinvestment Act of 2009 was signed into law on February 17, 2009. The Broadband Initiatives funded in the Act are intended to accelerate broadband deployment across the United States.

Satellite pricing varies by geographical location. Go here https://isp1.usfind and enter your address to get local pricing and other broadband options.

I hope the up load speeds are improved. Need to be much faster.

Will this satellite need an unobstructed view of the Southern sky as is presently the case? I have beautiful old trees on the south part (and elsewhere) on my property that I’m reluctant to chop down just for this.

I find it funny that the website talks about the great download speeds for a video clip, photo etc… Dont you dare actually download what they say because after the 200 Mb you are put back to the stone ages. In their example a 5Mb picture that is only 40 of those photos a day. With the growing technology and pushing of data around the world this seems like a unrealistic limit for any provider.

By the way a single update for service pack 1 of windows 7 is approximately 1 GB (5 days worth or you 200 Mb allowance) Granted you can download at 3am if you don’t sleep and pray that your kids didn’t setup their computer to do it at the same time.

need to know if i can git internet service

I have had wild blue for 2.5 years…the service sucks. They limit your broadband to the point that you can really only check email and surf a little. It is slow…and will drive you crazy if you are use to any real high speed internet. Dial up is slower but not by much. I plan to cancel Wild Blue as soon as Hughes has the new satellite up and running.
I fear they will not be much better if any but I want internet so I will give them a try. They really do need to bring down the cost though. I liberated myself from my cell phone Jan 2006. Have not touched one since. I am close to liberating myself from the internet too.
I got along without it in the 70s and more than 1/2 of the 80s. I think I get get along without now too.

by the way… Hughes told me today that it will be 20 times faster. I do not believe it. That is why I will wait to see how it goes before I switch.

Does anyone know when the new faster service is supposed to be available??

Wildblues new service called exede runs at my house at about 17 download and 4.5 upload

I just talked to Hughes net about cancelling my service that I’ve had less than a month because of slowspeeds and price vs. service. They extended my trial period and told me the new satellite will be online June 19th. Wanted me to wait and see what i thought about it. Said there would be no increase in cost, and would be larger download amounts. We will decide then whether to switch to Exede satellite.

i talked to them today and was told 3weeks should be up and running,also was told they would have voip WE’LL WAIT AND SEE STILL IN TRIAL MODE.SAID WE WOULD BE ABLE TO USE NETFLIX HA HA WILL SEE.

I have been checking my Hughesnet repeatedly with Speedtest.net. It has never even come close to what I am paying for (usually 1/6 the maximum advertised and often it is as slow as dialup. They just had a huge payout in a class action suit for their false advertising. June 19th has come an gone. I detected no difference.