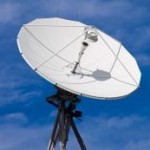 Inmarsat – a British satellite operator has announced that it will soon be rolling out a satellite and air-to- ground network for passengers on European flights. The passengers will have broadband Internet access on the screens on the back of seats, as well as available for use on tablets and smartphones.

According to the company, British Airways is in advanced talks to roll out the service on its flights. The airline plans to use a new satellite that will possibly be launched in 2016. The company is planning to launch high speed Internet on flights that will be in line with the services pioneered by Gogo Inc in the US. Gogo Inc. also uses air-to-ground as well as satellite technologies to give its customers access to in-flight Internet connectivity.

The launch is likely to be a success as the US Internet market is quite similar to what is in Europe concerning flights. There are a lot of short flights over land so there is a market for the service. The network is planning to use airwaves that were set aside by the European Commission for the benefit of providing a content wide service.

The issue of pricing will be decided by the airlines. There is a feeling that the passengers may end up being charged according to capacity. Alternatively, they may be charged per flight or monthly in the case of frequent fliers. Whatever the case, experts are sure that the pricing will be in line with services given on land.

Although many people may think that satellite internet has just been discovered, they will be surprised to know that it has been available for over a decade on offer from providers such as Inmarsat but it has been too expensive for fliers to take advantage of and in addition the connections have not been satisfactory.

To launch the satellite to be used for the endeavor known as the S-band Europasat satellite, Inmarsat will be partnering with Hellas-Sat. Hellas – Sat is a well known European satellite operator and the S-band satellite was developed by Thales Alenia Space, a company owned by Thales and Finmeccanica. Inmarsat is planning to spend about $250 million on the ground network infrastructure for the service.

How can I offer Worldwide Mobile Internet service in a cost effective manner to be integrated with Virtual Private WIFi service.
Please advise and provide a quotation.
Thank you
Bharat B Aggarwal P.Eng
Consulting Engineer