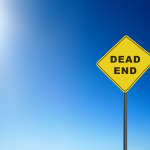 The hash trackers have been created from images that have been classified as child abuse images by analysts from the Internet Watch Foundation. The hashes have been developed by the foundation using various technologies including Microsoft’s PhotoDNA. The hashes have been generated from already existing videos and images of child sex abuse. The images are collected from child abuse images in the custody of the government. Others are from online websites analysts or members of the public.

The fact that ISP companies have joined the Internet Watch Foundation in the fight against child sex abuse images online means the fight against child sex abuse has become stronger. The foundation has also launched its campaign in the UK by distributing a hash list of images of child abuse to ensure that their campaign also takes root there. The foundation ultimately plans to roll the campaign out all around the world to curb the viewing of child sex abuse images online. Yahoo, Google, Twitter, Microsoft, and Facebook are not the only major ISPs expected to join the foundation as it is open to all ISPs to ensure the campaign reaches far and wide.