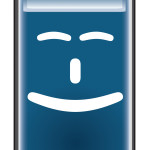 Dish Network Corporation is set to undergo some restructuring of its top management after announcing the retirement of Michael Kelly effective May 31.

Kelly joined the company in 2000 at a time when it acquired Kelly Broadcasting Systems and leaves behind fifteen years of quality service. The company confirmed his departure in a press release and paid tribute to his great work during the time. “He led the development of DISH’s international programming business,” the statement read.

“He was responsible for positioning DISH as the dominant provider of international programming in the United States, having launched more than 50 international networks on DISH Network.” Most recently, he served as the President of Blockbuster and Kelly also served as an Executive Vice President of DISH leading numerous operations from time to time, including direct sales and advertising sales. It will be difficult filling his leadership shoes at the company.

During his leadership of DISH’s customer care division, the company bested its industry with top rankings from the American Customer Satisfaction Index and J.D. Power and Associates. In his long career spanning for decades, Kelly founded Kelly Broadcasting Systems in 1991, which operated satellite transmission facilities around the globe.

KBS primarily distributed international content from countries as diverse as Brazil, Croatia, Egypt, Greece, Holland, Italy, India, Jordan, Pakistan, Portugal, Russia and the UAE. While at KBS, he was named the Ernst and Young 1998 Entrepreneur of the Year. Despite the retirement, Kelly is expected to remain active in the technology sector through various private equity investments and other entrepreneurial activities. It is also expected that he might be appointed to some company boards to play an advisory role.

Dish Network, through its subsidiaries, provides approximately 13.844 million Pay-Tv subscribers with the highest-quality programming and technology with the most choices at the best value.