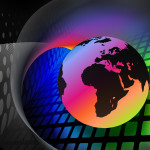 This is after the Federal Communications Commission (FCC) reported that almost 40% of the residents have no access to the service. The unprecedented announcement now seems to have forced the service providers into taking action in addressing the internet problem of the area.

According to data availed by FCC, up to eight counties have zero access to broadband service. FCC has its own initiative under the Connect America Fund that aims at improving broadband coverage across Mississippi. Up to three communication companies receive $51.5 million each every year from the program to assist in expansion of broadband services.

Connect America which will run for an estimated period of six years plans to have served about 139,269 homes and businesses. The FCC has confirmed that AT&T receives about $49.8 million from the funds set aside to upgrade broadband in Mississippi while Frontier Communications and Windstream share the remainder. FCC spokesman Mark Wigfield spoke about the importance of expanding broadband Internet service in the state.

“Broadband is essential in the 21st century for many reasons — education, jobs, the economy, even health care these days. In rural areas, without some kind of support, it would be difficult to expand a robust broadband, so that’s what this program is about.” Local businesses are optimistic that the presence of broadband service in the area will work positively to their operations. Dr. Kristi Henderson, the chief telehealth and innovation officer at the University of Mississippi Medical Center said;

“In a state like Mississippi, that’s mostly rural, access to broadband is absolutely essential to us growing this program and being successful in it. We really are able to reach most of the state without any difficulty. There are areas that don’t have the speed of other areas, but we work with carriers to rectify that and find a solution.”

The Land That the Internet Era Forgot