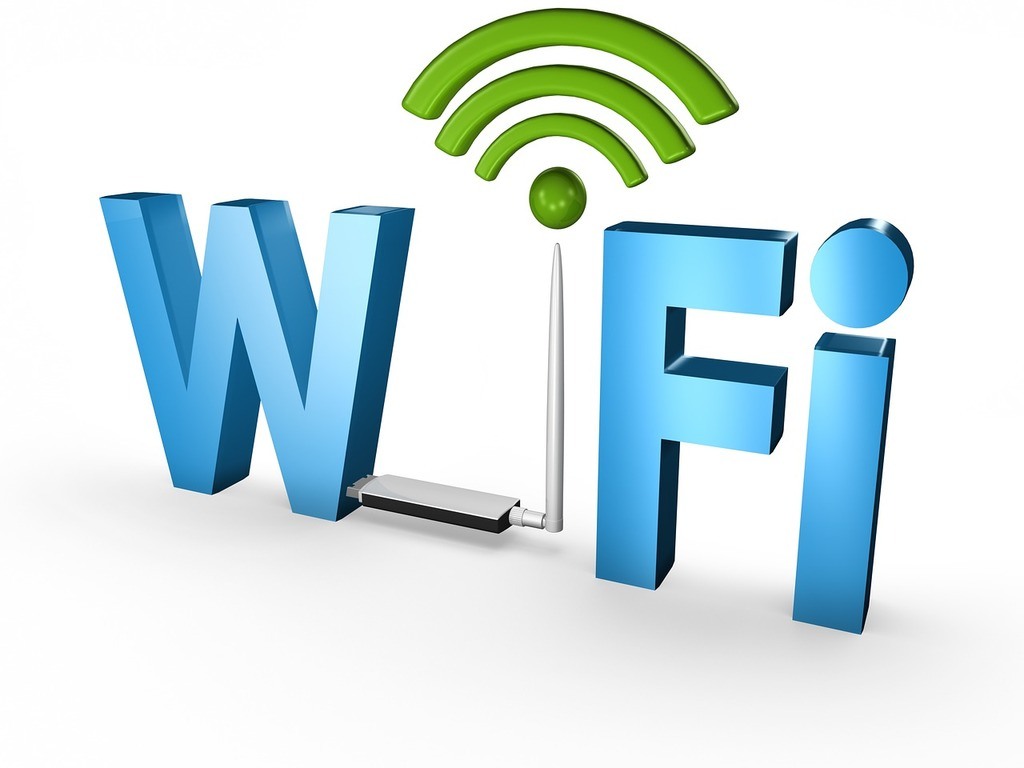 There are many situations where a WiFi range extender with a Ethernet port or two might be what you need to simply solve poor wireless signal problems.

No matter how strong your router’s WiFi signal is, invariably there will be areas of your home or yard where the wireless signal is weak or disappears completely. This is because WiFi signals don’t travel well through various objects, such as dense walls, metal objects such as appliances, etc. Electrical interference from microwave ovens, cordless phones and similar devices also weaken the WiFi signal strength.

Boost Your WiFi From Your Wireless Router

Before buying a wireless range extender or other WiFi amplifier, you’ll want to be sure your existing WiFi signal is optimized. If your router is several years you should probably upgrade to a newer model. Modern routers use better technology such as dual and tri-band, and beamforming to provide faster WiFi to multiple devices.  Choose a central location for your router, preferably up high and away from other electrical devices. Also, make sure that you have set a complex WiFi password. This will prevent neighbors from slowing your Internet connection by stealing your bandwidth.

My WiFi Is Still Slow

OK, so you followed the tips above to speed up your WiFi and it is still slow or drops out completely in certain locations in your home. You are a candidate for wireless range extenders and/or WiFi range extenders with Ethernet port(s).  These are also called wireless signal boosters, Internet boosters or WiFi amplifiers and are sold by many leading electronics suppliers such as Netgear, TP-Link, Linksys, Securifi, D-Link, TrendNet, Amped Wireless and more. This review will focus on Netgear WiFi Range Extenders with Ethernet Ports.

Either of these devices can dramatically increase your WiFi range without running any Ethernet cabling. If you can easily run Ethernet cables to problem areas, then I would recommend using WAPs (Wireless Access Points) instead. WAPs connect to your router via Ethernet and then broadcast a WiFi signal.

Check the current price for the NETGEAR AC1900 WiFi Range Extender at Amazon by clicking below. 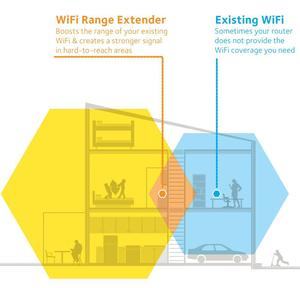 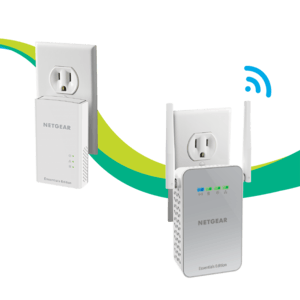 Powerline WiFi extenders are sold as a set. One connects to your router via Ethernet and the other plugs into the area where you want to boost the WiFi coverage. They are typically more expensive than standard wireless extenders, but can be located anywhere that is powered by the same electrical panel as the base unit. They use your existing electrical wiring for network communications and thus don’t require a WiFi signal from the router. They are also immune from WiFi interference issues, since they don’t rely on a WiFi connection to your router.

Note: Plug the powerline wireless extender directly into a electrical outlet. Do not use surge suppressing power strips as they can interfere with full speed operation of the device.

The is a Netgear PLW1010-100NAS is top rated Powerline Wireless Extender with 801.11 AC WiFi and a Gigabit Ethernet port. With over 1200 Amazon customer reviews this booster also gets a excellent 4 stars.

Check the current price for the NETGEAR PLW1010 Powerline Wireless Range Extender at Amazon by clicking below. 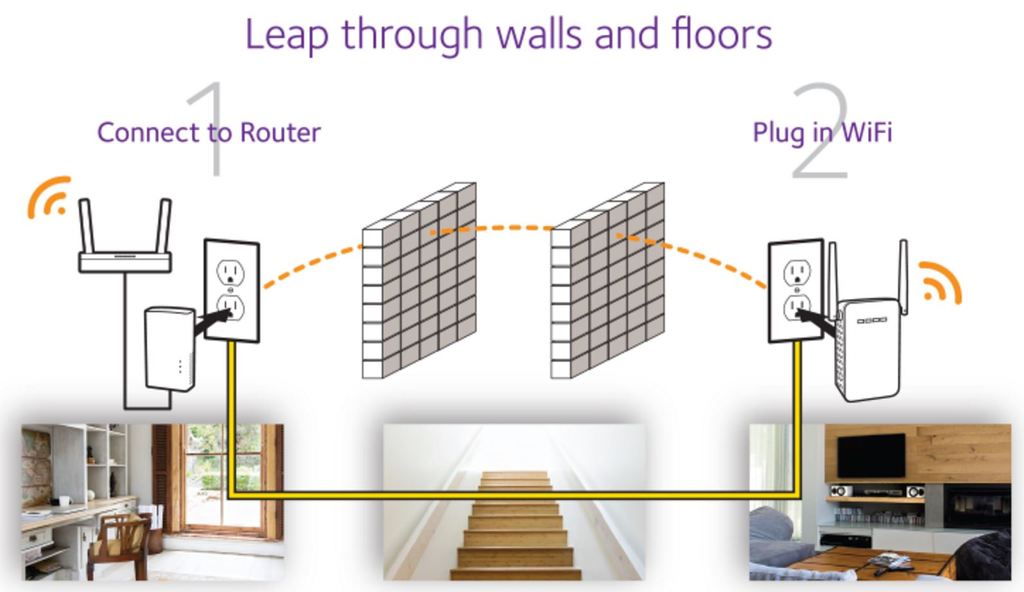 Regardless of which type you buy, you’ll want the models that include Ethernet ports in addition to the wireless extender. 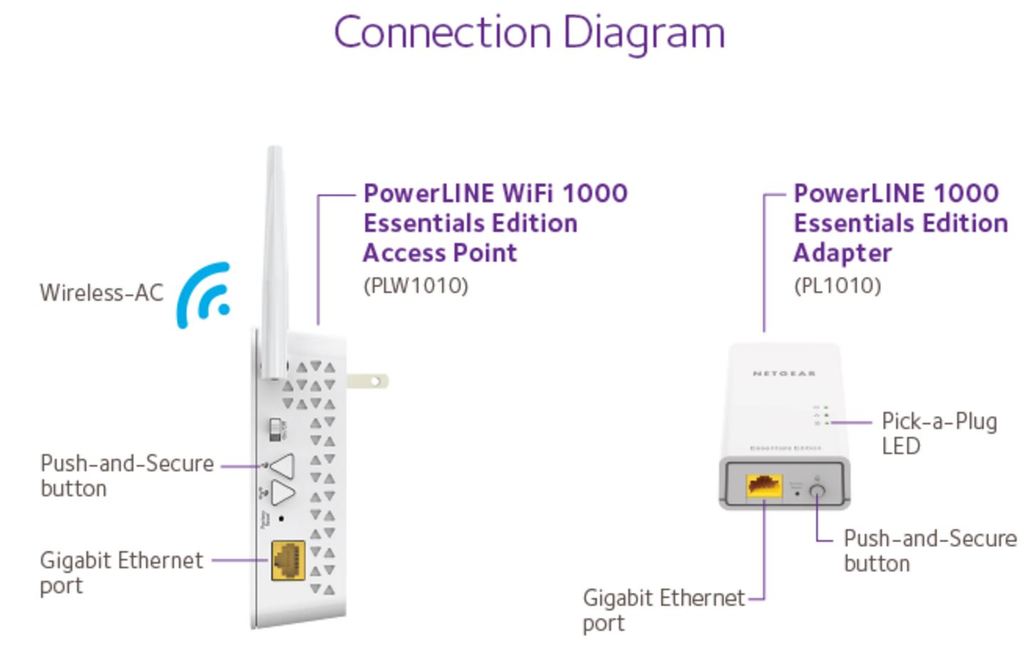 The Ethernet port enables you to connect devices such as video game consoles, smart TVs, etc. to your extended wireless network via Ethernet to minimize the number of WiFi connections and traffic. Some models include multiple Ethernet ports or you can connect a multi-port Ethernet switch to a WiFi range extender with one Ethernet port.

I had Cox Gigablast Internet Installed and the speeds are amazing.

If you have good WiFi you will get excellent wireless speed also.

Does this boost the signal past brick walls ?