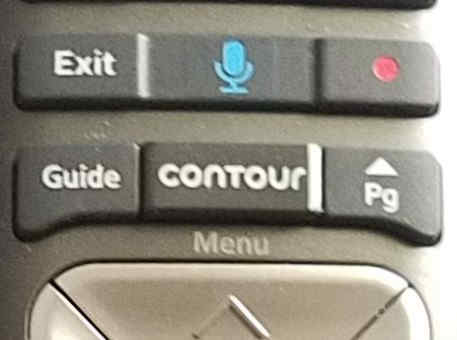 I review the new Cox Contour system with XR-11 voice remotes. The system is referred to by various names such as Contour 2, Contour 6, Contour TV, the New Contour, etc. depending on where you look.

What distinguishes the new Contour system from the first-generation Contour 1 is the voice activated remotes and the sleek X1 user interface that Cox licensed from Comcast. We posted the Cox – Comcast X1 licensing deal here.

I have used both extensively, and can attest from personal experience that the new Contour is light years ahead of the old, clunky Contour system.

I have used Cox Communications residential services including high speed Internet, digital telephone and digital television systems with multiple DVR’s for more than 15 years and have been impressed with the speed and technology increases that Cox has initiated during this period.

I recently had the new Cox Gigablast fiber optic Internet service installed. Cox offered a great deal, and I would also recommend upgrading to Gigablast Internet if it is available in your area. The speeds are Incredible, I get almost 1 Gbps both upload and download speeds. I posted a detailed review of the Gigablast install here.

I have the Contour Record 6 HD-DVR, which is a Cisco Explorer 9865HDC and includes 6 tuners and a 2 Terabyte hard disk that can store up to a thousand hours of SD video or 340 hours of HD video.

The Cisco 9865HDC dimensions are 13 inches by 9 inches with a height of 2.25 inches, which is somewhat smaller than previous Cox DVRs that I have used.

Here is a picture of the back panel of the Cox 9865HDC, showing the connections.

The record 6 DVR communicates with other TVs in your house via MoCA using Pace XiD HD Receivers. At about 5.5” x 3.5“ and just over an inch tall, these receivers are much smaller than Cox’s previous Contour systems. This system allows you to schedule recordings, view recorded content and pause a recording in one room and resume watching in another, which is an pretty cool feature.

Here is a picture of the back panel of the Pace XiD HD receiver, showing the connections.

The new Contour whole house DVR system requires professional installation. This is due to the fact that it uses the coaxial cabling for network communication between devices. The system is called MoCA which stands for Multimedia over Coax Alliance. If you are interested in the technical details of how MoCA is used in the Cox Contour whole house DVR systems you can find it here.

A Cox technician will come out and verify that your cabling is adequate for the new Contour system. If not the tech will repair or replace any coaxial cabling, connections or other items that might be a problem. Signal levels are also verified to be within specifications and then the Contour equipment is professionally installed and configured. In my case several problems were found and corrected and the entire Contour installation took around two to three hours.

The new Contour remote controls are backlit, which is a great feature when using in a dimly lit location. They also feature RF (Radio Frequency) control in addition to the standard IR (InfraRed) control. This enables you to operate the remote without a direct line of sight to the Cox receiver. Which is great if your receiver is in an entertainment cabinet. It also makes it much easier to operate the Contour remote. You can point it at the ceiling or behind your back, and it still works flawlessly.

The remote needs to be paired to the receiver for the RF control to work. Here is a video from Cox on how to setup the new Contour remote.

And another on how to use the new voice enabled remotes.

In case you are wondering, you can pair more than one XR-11 remote per receiver. I bought a few extras on eBay for around $10 each so my wife and I each had their own.Make sure you get the Cox Contour version and not the Comcast Xfinity ones. They look the same but only the Contour version will work properly. The proper Cox remote says “Contour” on the button below the blue microphone button.

Everything about the new Contour system is better. The Guide is cleaner and more functional. It’s easy to search the guide and recorded programs using the voice remote. You just say a actor’s name to see a list of programs or movies that the actor was in. Simply say the name of a channel to change to that channel. Repeat a famous movie quote such as “I’ll be back” to instantly find Arnold Schwarzenegger in the Terminator. You can say things such as “free movies”, “HBO on demand”, “Kevin Spacey Movies”, “show me some action movies” and much more.

Recorded shows on the Contour DVR can be managed easily and you can even recover an inadvertently deleted program. 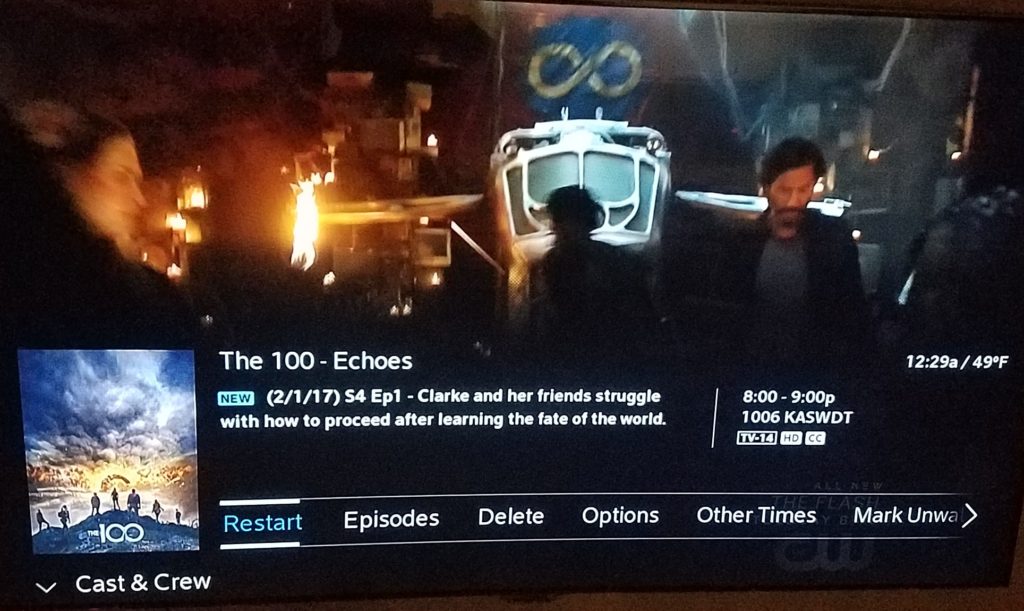 The system provides detailed information about programs and actors. Get viewer ratings, running time, movie ratings and plot, on demand restart availability, and much much more. 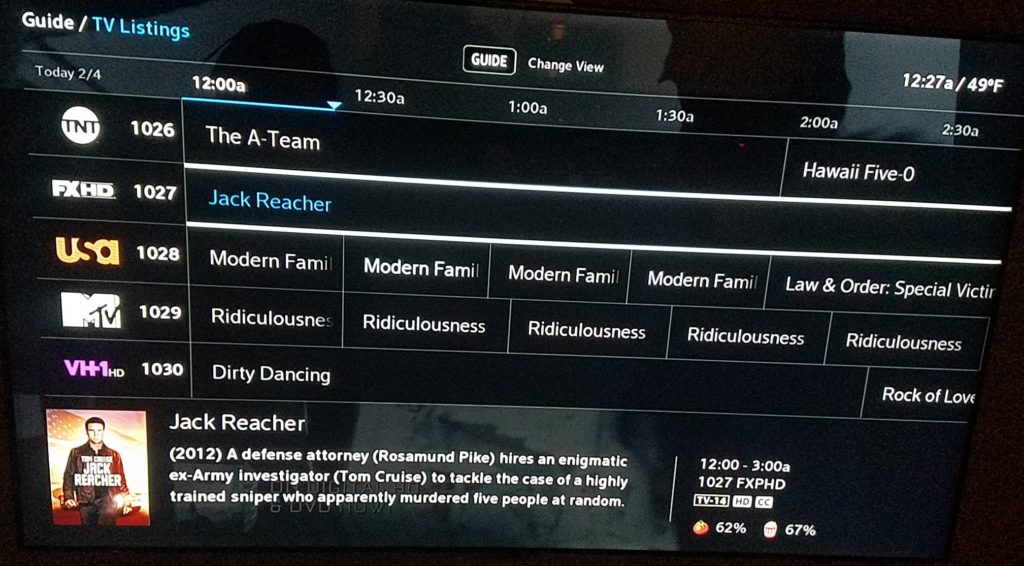 The system even lets you recover recently deleted recordings in case you make a mistake and inadvertently delete a program that you wanted to keep. Works like the recycle bin on your PC. Recently deleted shows are easily restored to your recorded programs list.

Really too many features to list here, here are the Cox Contour 2 Tutorial pages which provide detailed explanations, pictures and videos of many of the new system features.

For the most part the New Cox Contour is a great system. There are a minor few things that I don’t personally care for.

The Contour receivers automatically update firmware and software on the devices. Usually this is not a problem other than the annoyance of waiting for the update to install and reboot. I have had the system for almost a year. Once one of my Pace XiD HD Receivers got stuck performing an update and I saw this error screen.

Luckily, I didn’t have to call Cox Technical Support. The problem resolved itself after about 45 minutes and the Contour update completed successfully.

A few days ago I got a error message from my Cox Record 6 DVR stating all tuners were in use: 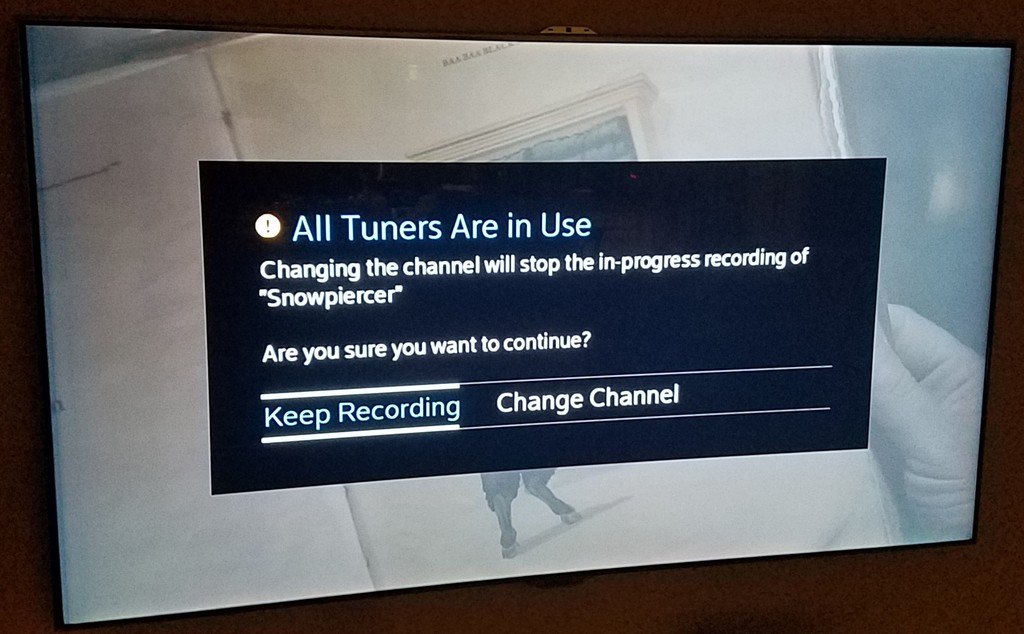 All Tuners Are in Use

I thought this was a strange error, all other TVs in the house were off, surely I wasn’t currently recording 6 programs.

Upon further investigation, I confirmed that only three shows were recording at this time. I had to cancel a recording in order to watch live TV. Suspecting a problem with the multiple Cox client boxes, that are installed in remote rooms, I posted this on the Cox Support Forum:

“I have the Contour record 6 Cisco Explorer 9865HDC DVR and three client boxes, I believe they are Pace XiD HD models.

The problem is, each client box uses one of the tuners on the record 6 DVR, no matter if the client box is actively viewing content or not.

This means that if three shows are simultaneously recording on the DVR, you can not watch live TV using the record 6 DVR. The system prompts you to disable one of the currently recording programs in order to view live TV.

On the previous Contour system there was a menu option to disable buffering on the client boxes, which freed up the tuner. On the new Contour system, I can not find this setting.

Is there a fix for this annoying problem?”

Here is the response that I received from a Cox representative.

” With the contour 2 system each client box takes up a tuner. You have 3 client boxes that are using 3 of your tuners and when you are recording 3 programs at once, you will not be able to watch live TV. Unlike Contour 1 there are no settings within the box to change this feature. You can trade out one of your client boxes for a non-DVR host box which will add 4 extra tuners to your system.”

I inquired about additional monthly fees for the 4 tuner host box which I believe is a Pace XG2.

The Cox Support forum would not discuss pricing but invited me to email Cox Help with my account details for more information. The reply is shown below.

There are 2 options. Replace 1 of your client boxes with a  host box that includes tuners for live TV for itself and the other clients, with you with no price increase. The other option is to replace one of the clients with a second DVR that will give you 6 more tuners that can be used for live TV or recording programs. and additional storage space with a monthly charge of $19.99.  Both options would have in professional installation charge of $75.

The 4 tuner box at the same price was appealing, but not the $75 installation charge.

I think I’ll put it off until the next time I have a Cox technician here for something else and see if they will set it up. A temporary workaround that I have discovered is to simply disconnect the power to an unused client box. This frees up an additional tuner for each Pace XiD client box that is disconnected.

I think I might even connect the client receivers to my voice activated home automation system which I reviewed here. Then I can turn the remote Contour receivers on and off with my smartphone or simply say “Alexa turn on the den receiver” to one of my Amazon Echo Dots.

I wondered why Cox didn’t include the multi tuner XG2 boxes with all multi-room installs. If you are having a new multi-room Cox Contour system installed, ask the Cox installer to include the HD receivers with integral tuners to avoid additional installation fees in the future.

Cox recently integrated Netflix content into the Contour’s voice search menu system. When you do a search for content now, either by voice commands or manually using the X1 remote, you see local content stored on the DVR along with live programming, on demand programs and also what is currently available on Netflix. 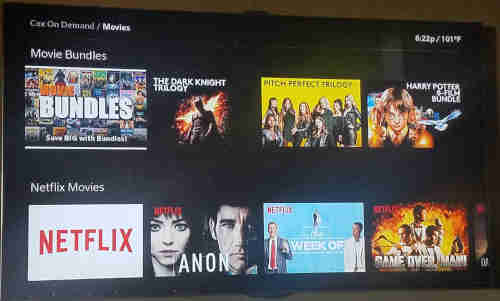 Note: You have to link to an existing Netflix account for this to work, Cox just integrates the Netflix content with the Contour programming database. If you don’t have and link a active Netflix account the features will not function

Even taking into account the few technical problems that I have encountered, overall the new Contour Record 6 DVR system is the best that I have used. If you have Cox Cable television service, it would be a good upgrade if Cox will give you a deal on Contour pricing.