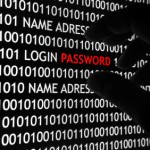 Data breaches seem to be the norm with businesses these days and Internet service providers are not being left out. AT&T has faced the recent data breach after an employee of the company broke its privacy policy rules. The data breach is said to have hit customers of AT&T in Vermont and the ISP has already sent out letters to the affected customers informing them of the breach.

The company has posted a letter in the Vermont Gov. website to inform customers how the breach occurred. Apparently, an employee of the company violated AT&Ts privacy policy in August of this year to obtain driver’s license numbers and social security numbers of certain customers. The company estimates that about 1600 customers were affected by the issue.

It may be time for companies to put in place stringent data security measures as what is in place is not enough. This is evidenced by the many companies that have in the recent past been affected by data breaches exposing their customers’ information to hackers. A good example is the Target POS data breach from which information of about 110 million customers was obtained. There is the Sony breach that ended up in the information of 70 million Sony PlayStation Network users having their personal information stolen.

Although the security breach at AT&T is relatively small compared to what we have seen in the past, it is nevertheless a cause for concern. This is because the company has not yet determined how the stolen information was to be used and whether it has been used at all. It only says that the concerned part is not working at the company anymore and that affected customers are being contacted. However, all customers of the company have been asked to place fraud alerts on their accounts and hopefully it will prevent any further malicious activity from being carried out through AT&T accounts.

AT&T says some customers being informed of August data breach