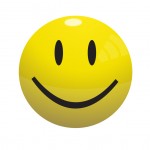 Easy Street Online Services and Infinity Internet, two dial up Internet service pioneers in the Portland region is combining their resources through a corporate merge with the view of introducing a new online age to the area. Following the merger, Easy Street Online will be heading the operations of Infinity Internet, the Vancouver based Internet Company. An unspecified amount of funding for the deal has come from Seaport Capital, a New York investment firm.

In a press announcement, Infinity has announced that they will be closing up the office based at Vancouver. However, within the combined operation, a large portion of Infinity employees will retain their jobs and will be relocated at the Beaverton headquarters of Easy Street. After the merger, the company will continue serving small to medium business customers.

These two companies were among the pioneers to offer dial up Internet in the Portland area. Infinity was founded in 1987, from which point the company build up a strong reputation for its residential Internet services. In 2000, the company ownership was transferred to the US Net. In 2002, original founder Dough Palin bought back the company and has gradually repositioned it with a market focus on business customers.

Easy Street Company was founded in 1995 and has Rich Bader an ex Intel executive at its head. According to Rich Bader the main goal of the combined company is to continue building up an image as a regional player. After the merger, over 50 employees will be working in the company. Prior to the merger, Easy Street had generated an average of $10 million revenue annually. Bader is confident that the Infinity deal would contribute in adding considerable sums to that total. ‘Cloud computing has really been fueling the growth of our company’ added Badar. Easy Street has already amassed close to 80 investors including the early backers and company employees with stock options.