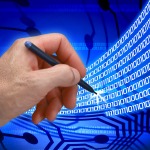 The Internet has been hit with a lot of hacking incidences recently and it seems the problems are just increasing. Now a huge flaw has been identified in a section of open source code that Linux and Mac OS X users should be wary of. The bug has Internet security experts in a panic looking to locate and fix machines affected by the problem.

The bug has been named “shellshock” by some professional in the IT sector. Shell Shock seems to be affecting an open source code in Unix – based systems. The source code has been in use since the 1980s. It is a type of shellcode that serves as a direct route to system controls built at the OS level through the use of user commands. Of course, if a bug is able to gain access to user commands then, it’s easy for anyone controlling it to hijack data.

Shellshock Gets A Score Of Ten From The NIST

The bug has a score of ten by the National Institute of Standards and Technology in terms of how vulnerable one’s data would be if their computer operating system is affected by it. The institute has warned that the shell shock bug is quite dangerous as it can allow a remote individual to execute code in the affected system without permission from the owner. Meaning cyber criminals can hack your data at will from remote locations by posting any command they desire making data very vulnerable.

Since a huge part of the Internet is running on UNIX and Linux based operating systems that include and rely on the affected shellcode, it spells danger for users. It means a complete stranger can completely take over one’s computer once it is affected by the bug. It’s something to be worried about as many Internet devices apart from computers such as mobile phones and routers are now open to a malicious attack.

This means the concept of the Internet of Things is jeopardized due to the concept of connectivity that it upholds. If you have multiple devices running on these vulnerable operating systems, a hacker using the bug can have access to all of them. We can only hope that the problem is solved to so as to curtail any serious damage or loss of data for Internet users.