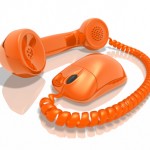 With dial up Internet now dedicated to a product of the bygone eras, AOL has decided to make its comeback by reinventing the company as a digital publishing service. Fortunately for the company, the transformation is welcomed with open hands by many investors. This is evident from the fact that the stock has increased by almost 30% since past year. Analysts are however, worried whether this growth is being spurred by a real business expansion strategy or merely on the strength of speculation.

At this stage it is worthwhile to spend some time discovering if AOL is a wait-and-see, outperforming or stay away stock. When the first quarter earnings for the company was released in May, the stock came down to $37.74 from $41.42 recording a loss of 8.9%. However, this selloff was mainly due to third party transactions by investors who were disappointed by less that expected revenue performances of the company. The company’s Ebitda section has outperformed the rest as a result of many cost cutting measures taken across the board. One of the notable cost cutting initiatives taken by the company included the divesting of AOL Music pages. Total advertising had increased by 8.8% year on year while the community news site of AOL, Patch has posted a dramatic loss of $4.9 million for the first quarter.

With the company adopting the business of an ad-focused digital publishing service instead of the traditional dial up Internet service the success of this endeavor would largely depend on the company expanding its Internet presence through different sections like the TechCrunch, Huffington Post and Patch. Tim Armstrong, CEO of AOL talks encouragingly of Patch saying that the news portal provide extremely personalized news content with an outreach of about 1,000 different regions. Though Patch has failed to deliver its promises in the first quarter, CEO Armstrong is confident that it would start recording profitable figures towards the end of 2013.

How will people with only a phone line connect to the Internet without AOL dialup?