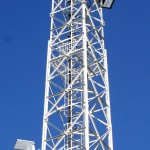 The UK government is threatening to force mobile operators to share their networks as part of a national roaming scheme to deal with the problem of poor coverage in certain rural areas. According to the reports, Sajid Javid, who is the new culture secretary, wants mobile users to be given a chance to switch to competing networks whenever they find that theirs is not available.

Many are suggesting that the government forces the issue by putting into play existing legislation concerning the matter while others are against the move saying that it may discourage existing operators from investing on new masts to improve their coverage. They feel that the move may result in worsening of coverage in the long run.

National roaming is a common initiative in countries such as India and the US where there are some gaps in coverage as concerns national networks. The government has already made a couple of attempts to improve rural mobile coverage with regulations. For example, when O2 won its 800 MHz spectrum license in last year’s 4G auction, Ofcom required the operator to provide mobile broadband services to at least 98 percent of the population in the UK and to 95 percent of the population in Scotland, Wales, Northern Ireland and England in a bid to ensure that such gaps are plugged.

The government has also awarded contracts to certain companies to improve infrastructure in rural areas such as is in the case of the contract it awarded to Arqiva worth 150 million pounds in the past. This new initiative that is likely to force mobile operators to share infrastructure may face a lot of opposition even as many say that it will be a good initiative to ensure that customers have access to mobile coverage at all times. Hence, the new secretary may face a lot of opposition from such quarters. However, it cannot be denied that this initiative will provide a basic level of Internet services to rural users. This is because these initiatives are aimed at giving rural Internet users access to a basic level of consistent services that will include phone and broadband signals.