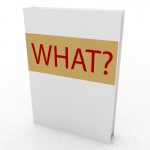 There have been talks of one company taking over another in the American Internet service industry and the news has not been received positively by customers.

Many are worried about the future of their investments and Verizon FIOS as well as Bright House standout as the main protagonists in this one. A detailed analysis carried by Tampa Bay Times shows reasons why customers of both companies should be worried.

One, they state that the two companies are rated very high in customer service but are to be taken over by those that are poor in that. Charter Communications has already announced that it plans a merger with Bright House and Time Warner Cable while Frontier Communications plans to buy regional Internet and cable TV assets of Verizon FIOS.

Many reports and surveys have ranked both Charter and Frontier poorly when it comes to handling customers which is a huge concern for subscribers of Bright House and Verizon. There are now fears that the two companies will carry on their poor services if at all the mergers are successful. Shep Hyken, a customer service expert and author, said it’s just a normal business like any other with both parties getting what they bargain for in the merger deals.

“In order to truly do it right, it’s going to cost a little bit more money. … You can’t offer the lowest price and create great service. It’s almost impossible.” Telecom analyst Jeff Kagan holds that it’s more of a mind game from all the companies involved thus it’s impossible to predict anything that might happen. “There is no way anybody can know. But the same people running the Bright House operation today should be the same people who will continue to run it under the Charter name. Theoretically, that is good. So the customer service should be the same.”